At InterviewApp, we are convinced of the powerful effectiveness of video format. By the way, we are absolute fans of TED talks, those conferences that are taking place all around the world since the creation of TEDx talks and which highlight ideas worth spreading…

While browsing the web, we came across this TED talk by Regina Hartley who has been HR executive at UPS Information Services for 25 years. What she said in her talk, Why the best hire might not have the perfect resume, is of high interest and touched us.

You’ll find below a summary of the talk she gave.

There are two categories of qualified applicants: the “silver spoons” and the “scrappers” 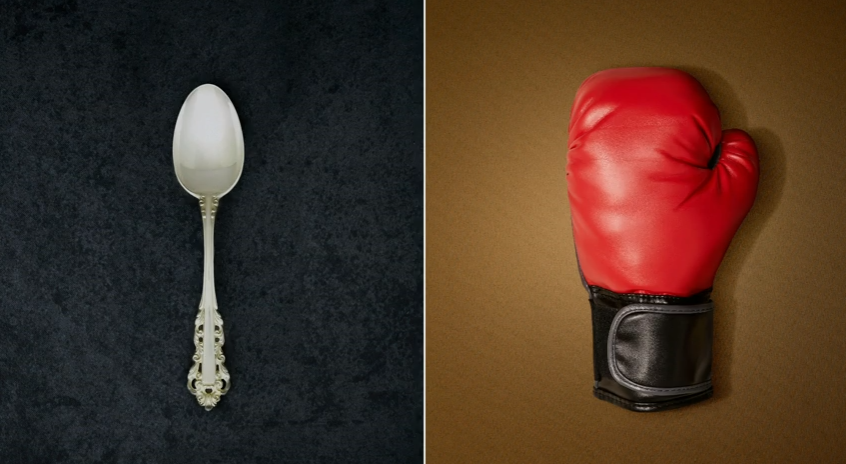 After years managing recruitment processes, Regina Hartley has managed to define two categories of qualified candidates among which you can pick someone to hire:

The secret weapons of “scrappers”

A resume that looks more like a patchwork quilt than a linear and structured course may be interpreted in two radically different ways:

Anyway, the scrapper deserves an interview. Because when the candidate was destined for failure but finally manages to succeed, this tend to prove that he has a great ability to fend of the most complicated situations.

Most of the known achievers in the business world have faced early significant challenges (poverty, abandonment, loss of a parent while young, learning disabilities, etc.). And it appears that even the worst circumstances can result in growth and transformation. That’s what scientists call “post traumatic growth”. Regina Hartley underlines that a study whose purpose was to measure the impact of adversity on 698 children “at risk” bring out that a third of them managed to get healthy, successful and productive lives.

Among the examples she gives in her talk, Regina refers to someone we all know but in which noone would have bet only based on his resume:

Yes, we are talking about Steve Jobs! Nothing predestined him to success, and yet…

An american study regarding most successful entrepreneurs show that a disproportionate number of them were dyslexic (35%)…And, a posteriori, it seems that those entrepreneurs consider this learning disability as a desirable difficulty. Indeed, according to them, this difficulty make them better listeners and led to pay greater attention to details. Thus, they don’t think they are who they are despite adversity but rather thanks to adversity. The problems they had make them develop the muscle and grip required to reach success.

Scrappers are aware of the fact that the only element that they really control is themselves. When thinks turn bad, scrappers wonder what they can do differently to get a better result. Scrappers have a purpose-driven approach, which prevent them from giving up in tough times. Compared to challenges they had to face in life, professional challenges are a piece of cake.

Scrappers often have a good sens of humor because only humor helps them to change perspective in difficult times.

Ability to leverage on people they meet on their way

Finally, relationships. People who went over adversity did not make it alone. On their way, they met people who helped them bring out the best of themselves and who invested themselves in their success. Having someone who supports you no matter what is essential to defeat adversity.

Regina Hartley concludes saying that companies which are committed to diversity and inclusive practices tend to support scrappers. And it turns out that they seem to outperform their peers. According to Diversity Inc, the top 50 companies who support diversity have outperformed S&P 500 by 25%.

The main message to keep in mind is the following: when you are in a position of hiring, do not underestimate unconventional candidates and bet on their secret weapons which are passion and purpose. This is, by the way, the message we have been carrying at InterviewApp for 6 years: Through our one-way video interviewing solution, we help recruiters detect earlier in the recruitment process talents they could have let go on the basis of a simple resume…

What does this talk inspire you? Do you recognize yourself in this approach? Share your thoughts with us!