In our article: « Generation Y Hacking : Go catch them! », we analyzed the profile of generation Y’s digital natives. Thing is they’ll soon become « has been » when the generation Z of youngsters born in the digitized economy between 1995 and 2010 conquer the market place. In the US, generation Z will represent 36% of the workforce by 2020. And according to a worldwide study by Randstad US and Millenial Branding, generation Z might be more successful than generation Y.

This is why it’s very interesting to do some digging on the topic. Who belongs to generation Z? What are they like? How can you recruit them? You will see below that generations Y and Z, although they’re quite similar, still have key differences.

Set up a chill workplace

Just like gen Y, gen Z professionals prefer cosy open space environments where they can express their individuality. They want the atmosphere to be chill, casual and fun. So do not isolate them. On the contrary, create a strong community of peers with an attractive corporate culture. And humanize your company.

Again, just like gen Y, gen Z is rejecting the model embraced by their parents. They don’t want to stick to a certain schedule, in a specific place. In our era of mobility, they desire more flexibility. Many wouldn’t mind working anywhere, home included, at anytime, even during non-typical work hours. Once more, it is all related to the conception of a life where barriers between professional and personal spheres are no longer so strong. It is all about letting them organize their time and workload, along with their free time and hobbies.

Take them seriously & treat them as your equals

Generation Z people want the company they’re working for to value them, but also to support and help them grow and advance their career. They want to take part to decision making and managers to take into consideration their ideas. To show them they’re being recognized, don’t hesitate to reward them frequently. It doesn’t have to be financially. Show them they’re valuable to you. Finally, compared to the digital natives, an element has been accentuated: the need for a constant feedback and reward by the company.

These first characteristics seem to show that generations Y and Z are quite alike … But let’s take a look at some key differences a recruiter would be wise to consider.

The generation of entrepreneurs

It would seem that generation Z will be much more entrepreneurial than previous ones. Compared to generation Y, there has been an increase in the proportion of people willing to start their own business. According to Sparks & Honey, more than a third dream of inventing «something that will change the world». This generation is thought to be composed by a new class of ambitious leaders and innovators. This can only be positive for society, but what does that mean for recruitment? It also means that the best elements might be starting their own venture, making talent hacking more complex. To capture the best, you need to advertise long term, dynamic career paths with possibilities of stepping into leadership and becoming an intrapreneur.

Money is no longer the immediate priority

While generation Y is more motivated by money, in order to realize their material dreams, it would seem that generation Z is being more strategic. They’re mostly looking for opportunities of advancement. Understanding with the 2007 financial crisis that money can be no more, they are focusing on learning and developing skills and advancing their careers, which sometimes requires more time to earn money. Therefore, while recruiting, promote the skills which will be acquired by the candidate. It might even be sometimes a more powerful argument than the financial compensation. And to retain them, show them their work in your company is impactful.

As you would expect, generation Z expects its bosses and companies to be as tech savvy as they are. This need is being amplified by the fact that their image and social status can be impacted negatively if their friends find out the company they’re working for is not active on social networks. So build a credible brand!

Yet unlike what would be expected, the « Z professionals » aren’t naively following the communication and marketing trends. Indeed, they can also be quite critical and distrustful, which is less true for gen Y. Generation Z also enjoys having direct talks with managers. So this generation might achieve some balance in communication: making it even more immaterial and faster but keeping human contact as well.

Therefore, it is clear that even though it is close to gen Y, gen Z is quite different from the previous ones. One difference you might want to remember is that gen Z professionals tend to be more realistic with their corporate expectations. Sociologists write that digital natives are more optimistic, with a modern mindset… whereas the generation Z new born are more pessimistic about society and have a post modern mindset.

In any case, it would be wise for a recruiter to understand the profile of this new generation since this one is going to matter a lot in the coming years. Once again, recruiting activities and management styles simply need to adjust. 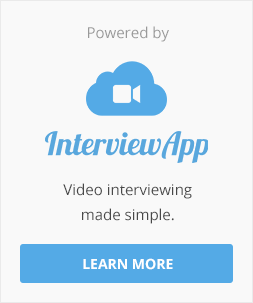